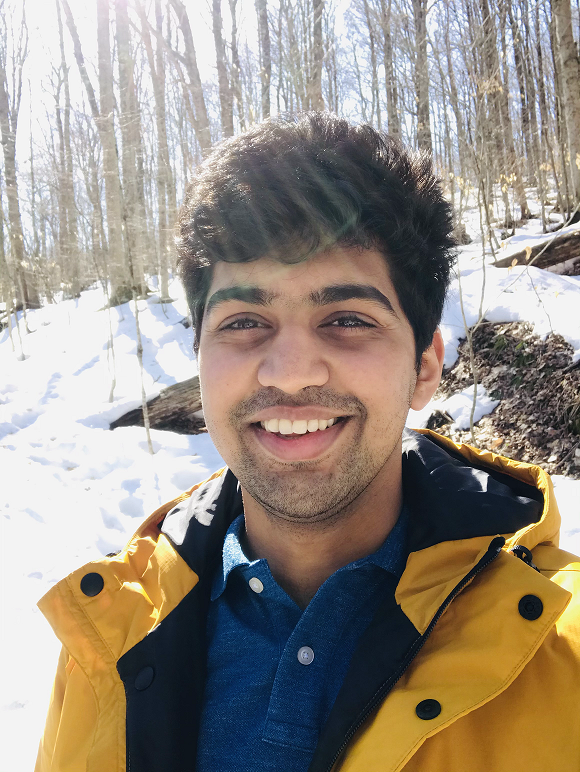 Dnyanesh is a PhD candidate in theoretical physics. His current research explores the mathematical structure of quantum field theories, typically with a feature known as N=2 supersymmetry. He especially enjoys the opportunity to learn and use cool mathematics daily.

Dnyanesh was born and raised in Satara, part of the western Indian state of Maharashtra and home to the breathtaking Kaas plateau. While he was always obsessed with solving mathematical puzzles and reading books, he grew up wanting to be a cricketer, not atypical of a young Indian boy coming of age during the golden era of Indian cricket. Coming across the depiction of our Solar System as a seemingly negligible corner of the Milky Way galaxy was, however, a singular event that first kindled his curiosity at an impressionable age, eventually leading him to pursue a career in scientific research.

Dnyanesh came to the US after finishing high school in Pune, India. Before joining Cornell, he double majored in physics and mathematics at University of Cincinnati, graduating as a Distinguished Honors Scholar. In college, he was active with mentoring new and transitioning Honors students as well as tutoring at local public schools with high dropout rates. Over the past few years at Cornell, he has committed a significant amount of time to education-related fundraising for underprivileged communities in India.

In his free time, Dnyanesh enjoys reading non-fiction, watching thrillers, playing Indian classical violin, running, hiking around the finger lakes, trying out ever newer culinary experiments, and chasing perfection in his cup of coffee as a self-proclaimed home barista. He is thrilled to be joining the Becker team this year and hopes to employ emotionally intelligent leadership while mentoring the residents.