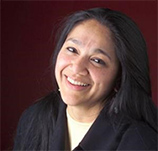 Neema Kudva grew up in India, moving at least ten times before she packed two suitcases and left home (Bangalore at that time) and an architectural practice for graduate school in Berkeley, California. A decade later, she moved to Ithaca to join Cornell’s Department of City and Regional Planning, she was part of a household with two children (one of who, now at Ithaca High, will share the Becker HPD apartment with her).She has continued to move, teaching here in Ithaca and at the Cornell-in-Rome program, commuting for several years between Ithaca and Boulder, Colorado, and working at the Nilgiris Field Learning Center, a collaborative engaged research and learning partnership between Cornell and the Keystone Foundation in Kotagiri, India.